Sign Up to our social questions and Answers Engine to ask questions, answer people’s questions, and connect with other people.

Lost your password? Please enter your email address. You will receive a link and will create a new password via email.

You must login to ask question.

Humans are but a speck in this scheme of things called the universe. This realisation keeps confronting them. But innate forgetfulness has them overlook this reality often. Particularly so when they make a point. A point about their power, authority, and stature. Yet, once in a way, even the all-powerful folks acknowledge the Supreme Being. One such moment of acknowledgment led to the creation of the Temple of Heaven. 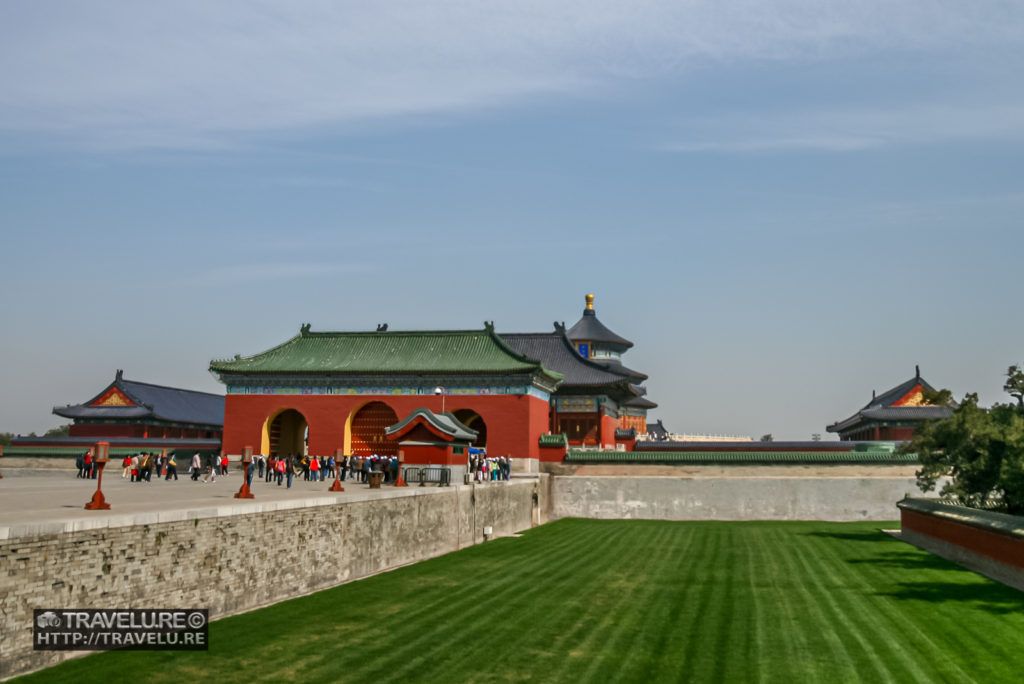 The Temple of Heaven is the abode of the gods. Spread over 273 hectares, it is four times the size of the Forbidden City – the abode of emperors. Zhu Di (Yongle emperor) – the 3rd Ming Dynasty ruler – built both in early 15th-century. But, in the 16th-century, Zhu Houcong – the 11th Ming Dynasty ruler – expanded the Temple of Heaven. The complex got on to the UNESCO World Heritage List in 1998.

A Stroll Around the Grounds

I knew it was a large complex. For doing justice to the place I had kept half a day. The first half. So, after the sunrise flag raising ceremony at Tiananmen Square, I set out for the Temple of Heaven. 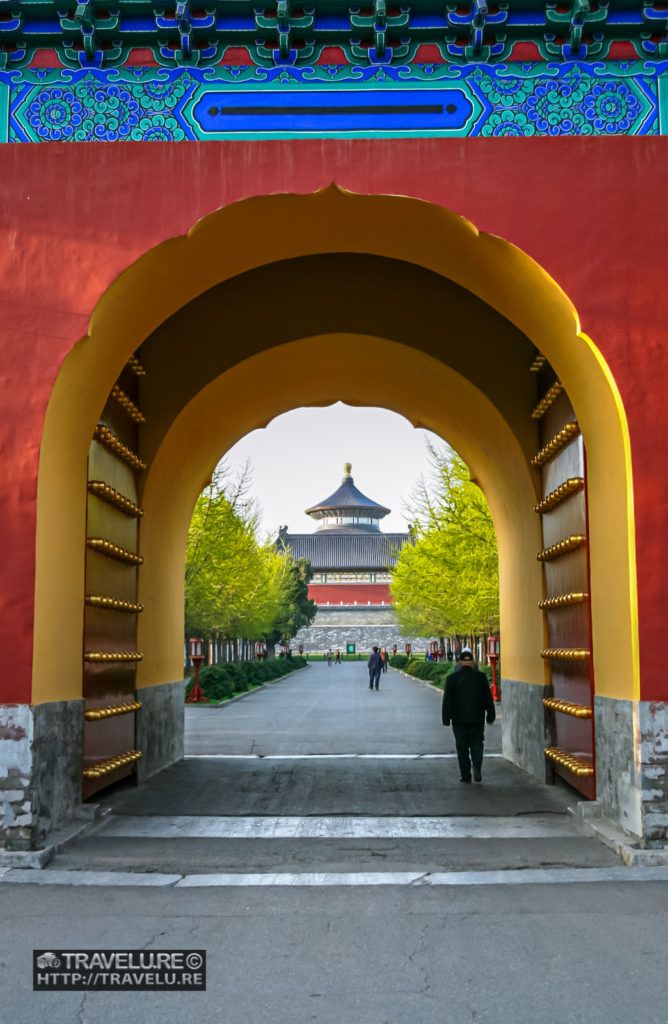 When I reached, the ticket window was not open. As I waited, I eyed the locals walking in. Without buying any ticket. I was envious. But then, the locals do have some benefits in their own city.

As I made my way into the complex, I saw vast open spaces. Some, with lush green grass. The others, with groves of mature trees. A tentative me strolled towards one such tree grove. 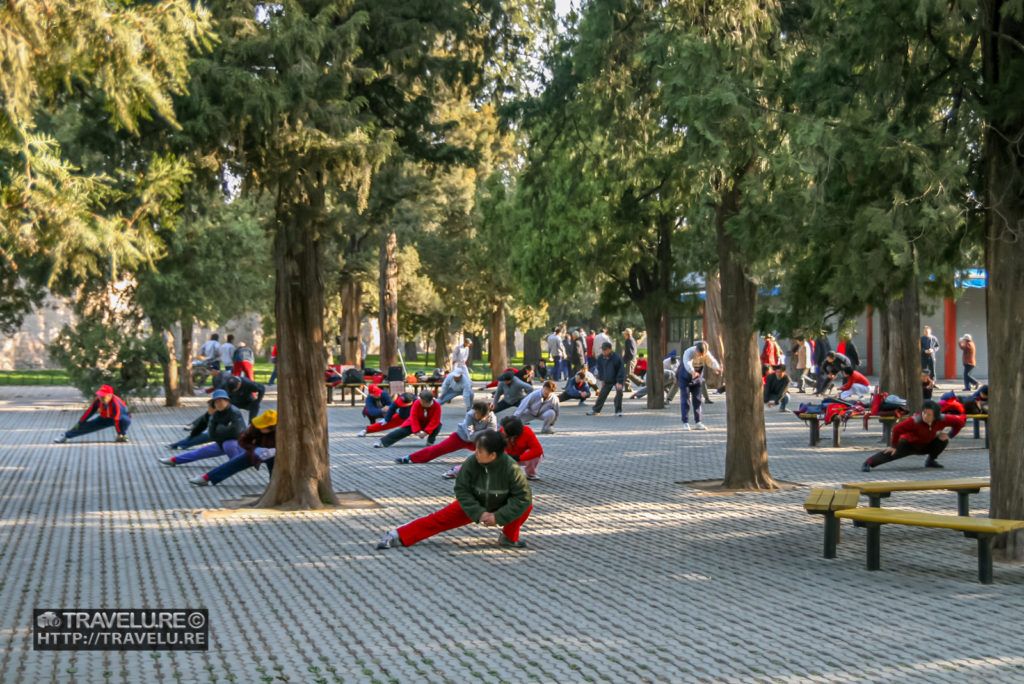 In the cool shade, I spotted a couple of sexagenarians. They were facing each other. Clasping each other’s arms, they moved in tandem. Their moves resembled part dance, part hand combat. A few seconds and I realised it was their morning workout – Tai Chi.

In a few minutes, more people joined them. The gathering of morning work-outers swelled. Each set doing their own thing. The activities covered the entire gamut of martial arts – with or without props. From swords to sticks to nunchucks, were all there. It was an extraordinary sight. Now I knew why being here in the morning was important!

While it was fascinating, I tore myself away from the group of work-outers. And made my way to the three key structures of the complex. 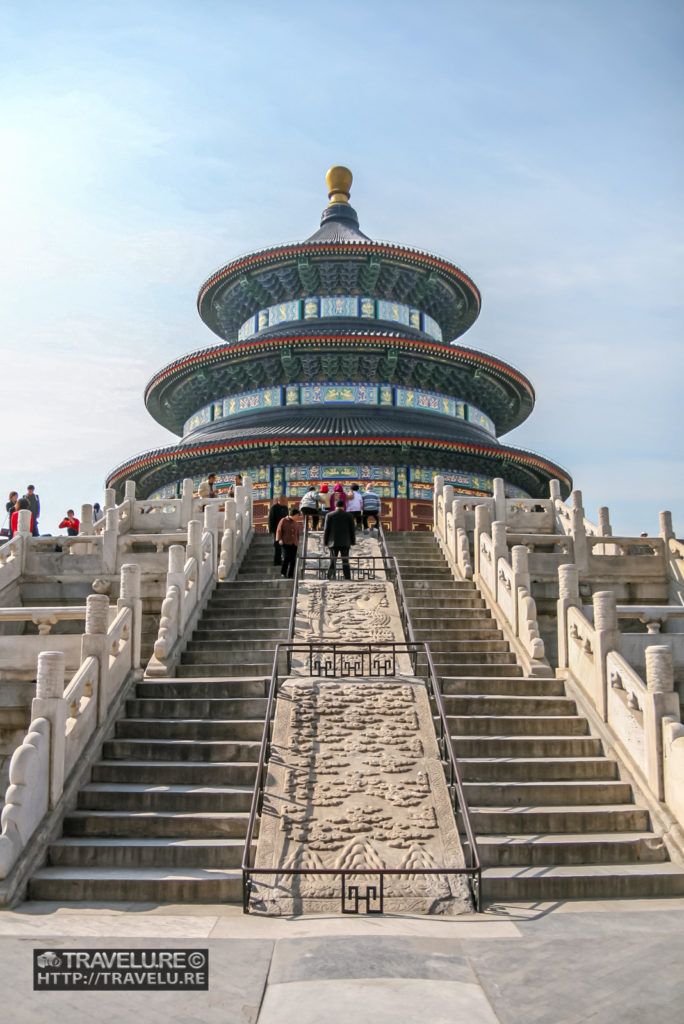 Checking out the Temple of Heaven Structures

Each of these three structures had some religious significance. The Ming and Qing dynasty rulers used to pray here. 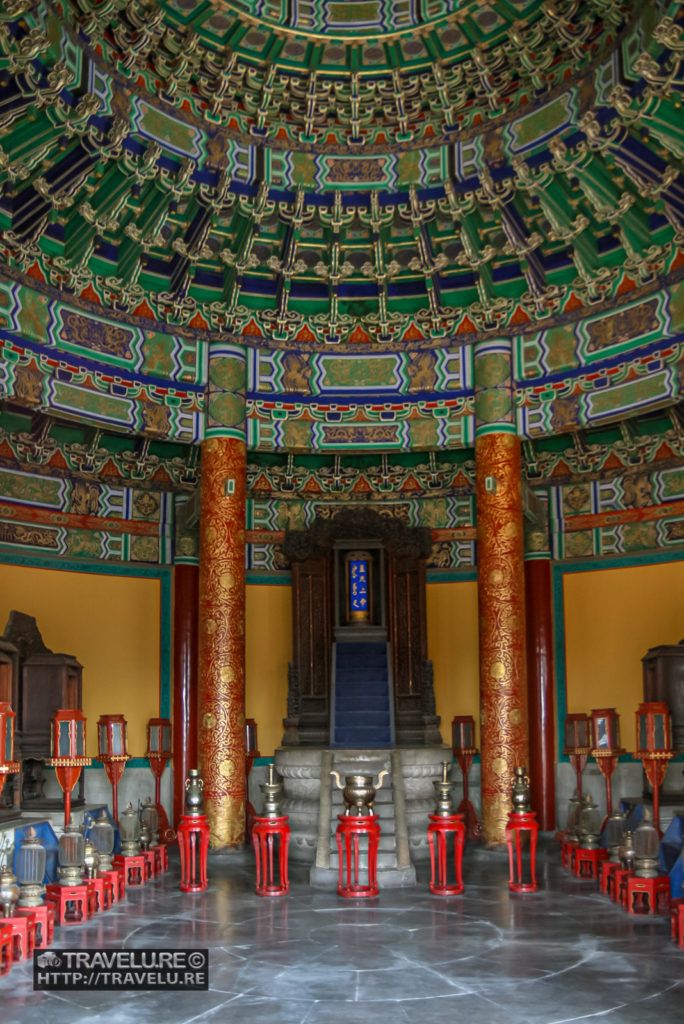 I had entered from the South Gate. From there, the closest building was the Imperial Vault of Heaven. Built atop a marble platform, this red, blue and gold building is circular in shape. 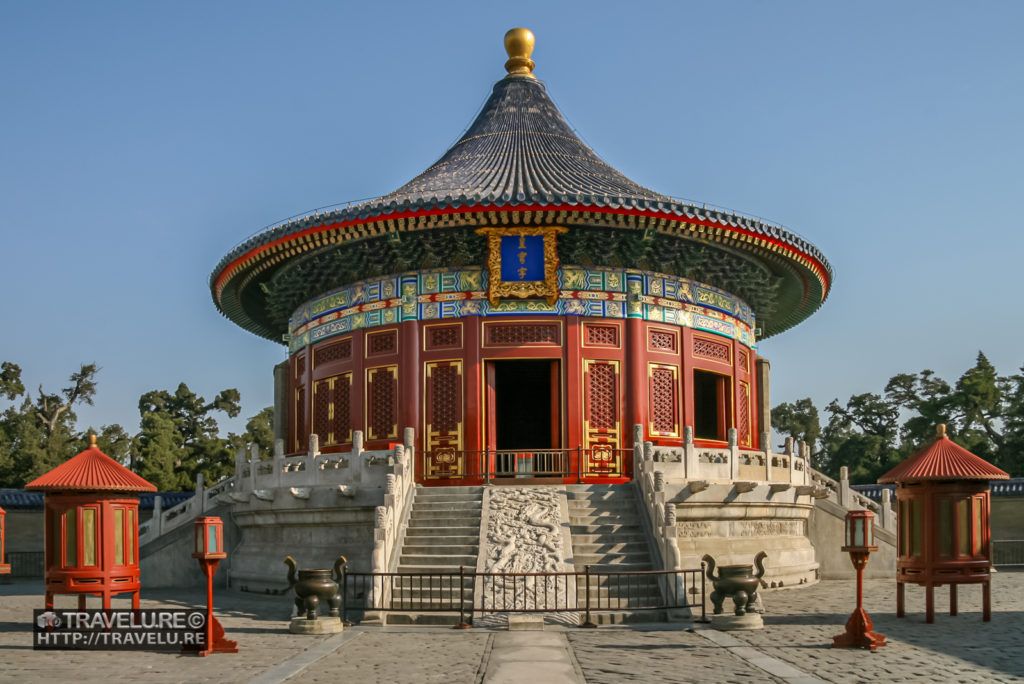 The steps leading up the gabled treasury have a marble panel in the middle. This ramp-like panel has elaborate carvings of ornate dragons. Its smooth circular wall, called the Echo Wall, transmits sound over long distances. The dome of the building has no cross beams for support. I stood and gaped at its traditional Chinese architecture and its smooth finish. 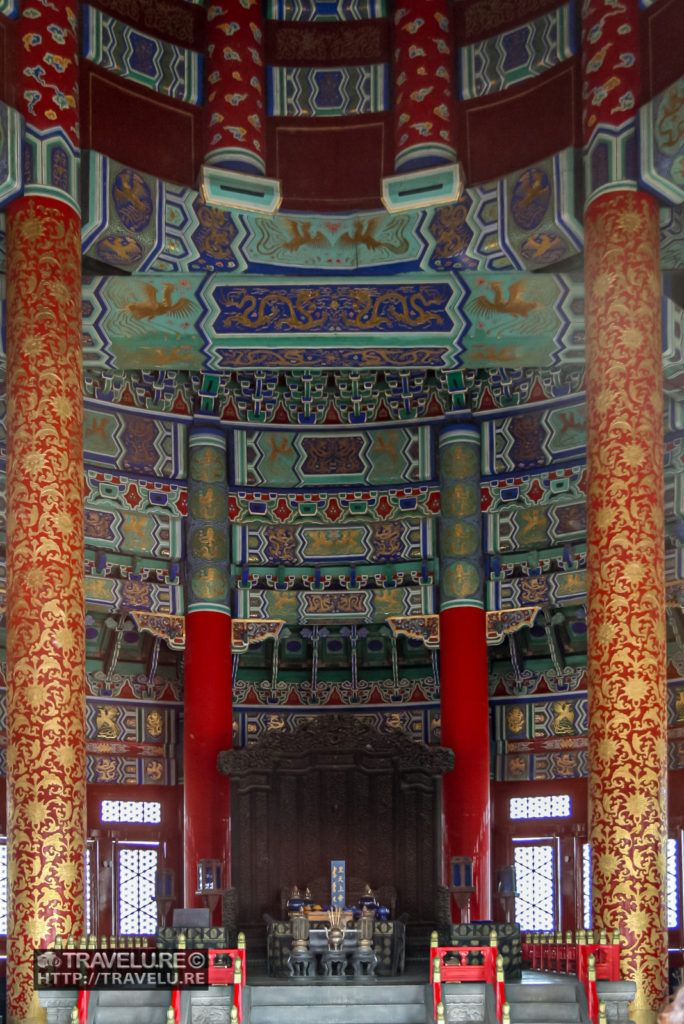 2. The Hall of Prayer for Good Harvests:

The Vermillion Steps Bridge connects Hall of Prayer with the Imperial Vault. A 360-metre long raised walkway, it ascends from the Vault to the Hall of Prayer. In 1889, a fire caused by lightning burnt down the original structure. Several years later they rebuilt it. As the name suggests, the emperor prayed here for a good harvest. 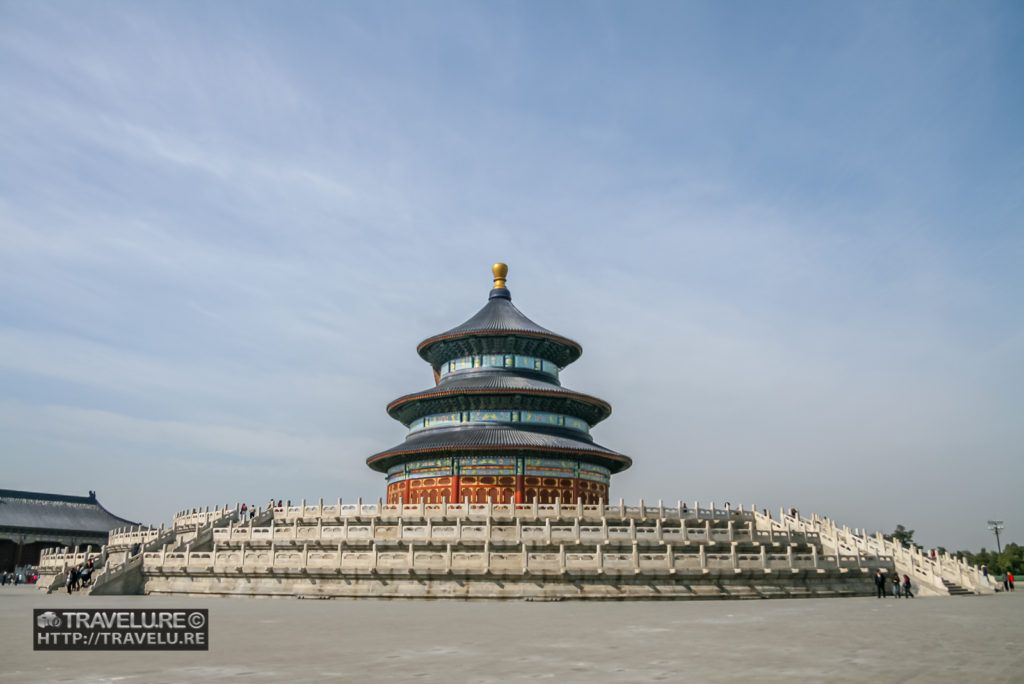 It is a grander version of the Vault of Heaven. Three levels of marble base support this triple-gabled structure. The entire building is wooden, with no nails. And the height of this circular hall is 38 metres. Learning these facts, I marvelled at the structural engineering prowess of medieval China. 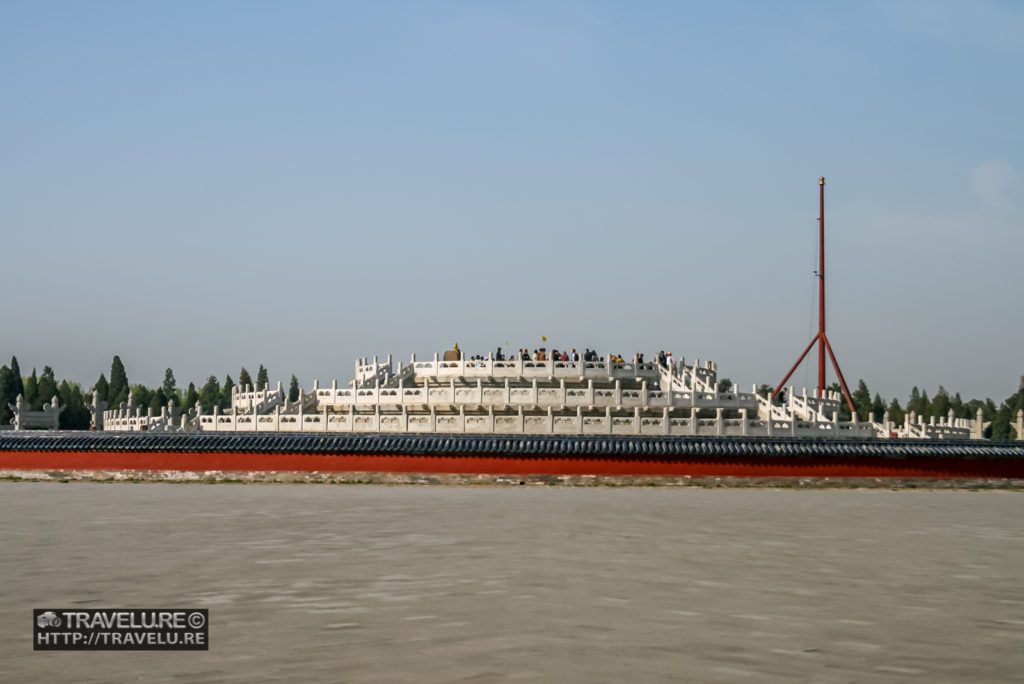 A three-tiered empty platform is again a marble structure. Stunning dragon carvings decorate Its balustrades and steps. Various elements of this altar are either nine in number or in multiples of nine – a sacred number for the Chinese. The perimeter of the altar is 534 metres. And its height mere 5.2 metres. Little wonder, from a distance, the altar looked like a large ship on high seas. 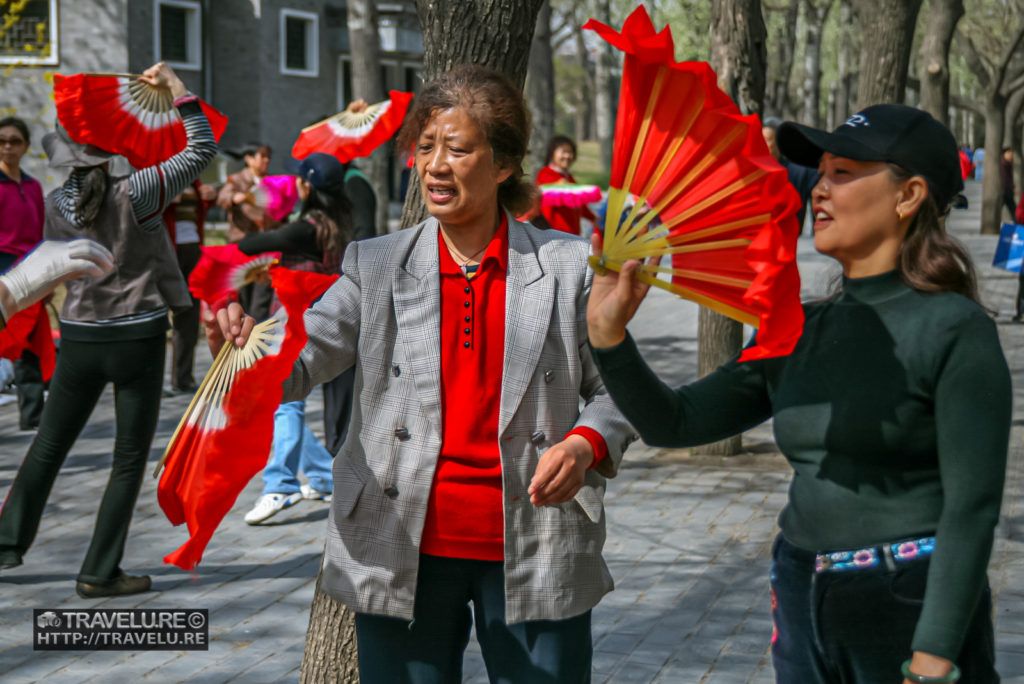 By the time I finished going around the complex, I realised it was time for lunch. I chose the East Gate to exit. It surprised me to see a large group of locals practicing dance. From ballroom dance to jiving. From modern dancing to traditional fan dance. The kaleidoscope of activities and architecture strengthened my belief. The belief that the place was our planet’s landmark for sure.

Next article The Great Wall of China

Announcement on the temporary closure of the Palace Museum